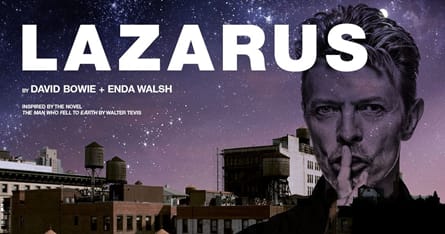 David Bowie was a genius who descended to earth like a bird from foreign climes. Before, like a supernova, he exploded back into orbit on a path to Mars, he transformed our planet into a gigantic dancefloor. His farewell show is the supremely original musical Lazarus, which is now finally coming to Denmark.
Lazarus is about the alien Thomas Newton, who is trapped on earth. An androgynous creature who cannot escape this world and is also unable to return to his own kind. Submerged in gin, discount TV, sex and medical trials, Thomas Newton suddenly meets another lost soul who may succeed in setting him free.