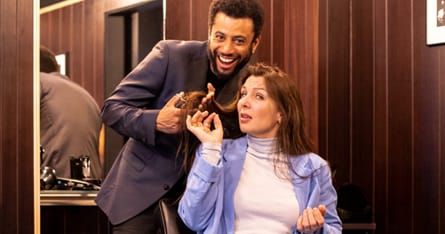 Join us as we celebrate the performing arts at the Reumert of the Year award ceremony. The evening’s host duo consists of the actors Rikke Bilde and Christopher Læssø, and they will lead us all with glitter and confetti through a festive, entertaining show with musical elements from the Danish theater scene. The award ceremony will be held at Odeon in Odense, but will also be streamed live via aaretsreumert.dk

CPH STAGE and Dansk Teater are the main organizers behind Reumert of the Year. The award ceremony is held in collaboration with Odense Municipality, the Albani Foundation and Jysk Fynske Medier.