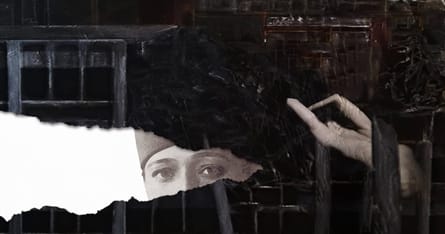 War´s Unwomanly Face, is based on Svetlana Aleksijevitj’s book about female soldiers in WW II. It is a “stage-installation” performance for 17 recorded female voices, one actor, projected artwork and recorded music. During WW II one million women fought in the Sovjet army. They were young, but they came to master every military craft, and they functioned as snipers, fighter pilots etc. When they returned home, their surroundings received them with suspicion and contempt. So they kept their experiences to themselves. Svetlana Aleksijevitj interviewed a number of them and a tale surfaced of a female war on its own conditions, with its own colours, smells and emotions.